If judges were perfect, we wouldn’t need a Court of Appeals. Unfortunately for many going through the divorce process, judges can and often do get issues wrong. Fortunately, however, there is a sliver of hope: the motion for reconsideration.

While it can be difficult to get a judge to think again on a decision he or she made just a short while beforehand, it is often possible with the right combination of factual and legal knowledge.

What Is a "Motion to Reconsider?"

A Motion for Reconsideration is a motion that you file when you want the judge to take a second look at a decision that you feel was incorrect.

A Motion for Reconsideration will not, however, be granted simply because you disagree with the outcome. There are legal standards governing reconsideration of pendente lite (a Latin term meaning “during the proceeding”) orders and final orders.

These standards are very different, so I will address one and then the other.

Need to file a Motion to Reconsider? Call DeTommaso Law Group now at (908) 274-3028 to schedule a consultation with an attorney!

When Can You File a Motion for Reconsideration?

Court Rule 4:49-2 governs Motions to Alter or Amend a Judgment or Order and provides that the motion must be filed within 20 days after it has been received and must “state with specificity the basis on which it is made, including a statement of the matters or controlling decision which counsel believes the court has overlooked or as to which it has erred.” 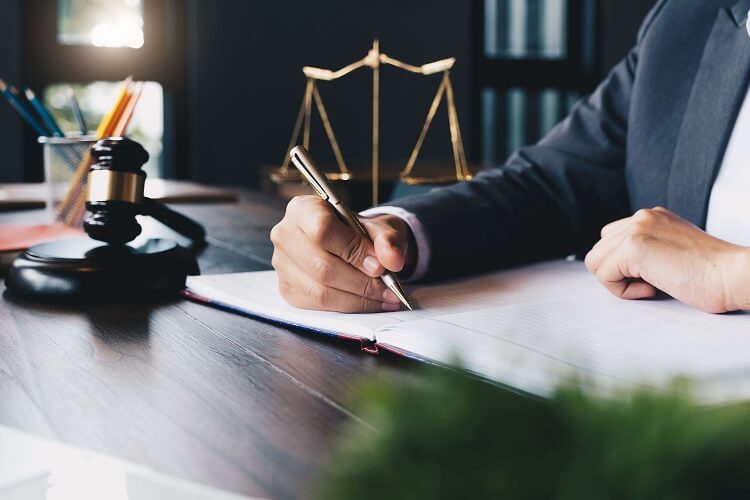 Another procedural issue on a motion for reconsideration, at least with final orders, is that they cannot be used to “expand the record” and re-argue a motion.

What Happens when a Motion Is Denied?

A motion for reconsideration may be properly denied if based on unraised facts known to the movant prior to entry of judgment.

Further, the 20-day filing requirement is similarly harshly enforced. But the Court has a good reason for doing so, Court Rule 1:3-4(c) prohibits the Court from enlarging time with respect to motions for reconsideration of final orders.

The governing legal standard is fairly narrow. According to the 2006 Appellate Division case of Cummings v. Bahr, , motions for reconsideration are applicable only when the court’s order is based on plainly incorrect reasoning when the court failed to consider evidence, or there is a good reason for it to consider new information on an issue decided. Stated another way, as in the frequently-cited but nonbinding 1990 Chancery Division case of D’Atria v. D’Atria, “[r]econsideration should be utilized only for those cases which fall into that narrow corridor in which either 1) the Court has expressed its decision based upon a palpably incorrect or irrational basis, or 2) it is obvious that the Court either did not consider, or failed to appreciate the significance of probative, competent evidence.”

A litigant should not seek reconsideration merely because of dissatisfaction with a decision of the Court or a desire to reargue a motion. Rather, the preferred course to be followed when one is disappointed with a judicial determination is to seek relief by means of either a motion for leave to appeal or, if the order is final, by a notice of appeal. If your motion is denied, the Court very well may cite to the following language from D’Atria: “Motion practice must come to an end at some point, and if repetitive bites at the apple are allowed, the core will swiftly sour.”

While everything I’ve written here may seem foreboding, we here at the DeTommaso Law Group, LLC have had many motions for reconsideration granted. It is especially worth filing such a motion if: (a) the Court missed a critical law or court case, or (b) the Court overlooked an important piece of evidence. A properly-filed motion the first time around can often eliminate the need to file for reconsideration, but when the need arises, skilled legal representation can greatly increase your chances of success.

As I discussed above, motions for reconsideration of final orders are governed by Court Rule 4:49-2. Motions for reconsideration of pendente lite (also known as “interlocutory”) orders, however, are governed by an entirely different rule: Court Rule 4:42-2. The distinction between a pendente lite or interlocutory order and a final order is worth explaining. Generally, in a divorce proceeding, every order is deemed interlocutory until a final judgment of divorce is entered. An interlocutory order by its very nature is temporary and often entered based on incomplete or conflicting evidence. After all, the Court generally has not taken testimony, allowed cross-examination, heard expert opinions, or had the benefit of complete disclosure of the relevant facts during the “discovery” phase of litigation.

Of course, interlocutory orders are still very important. This is especially true because getting to trial in many counties in New Jersey can take 1 to 3 years. In the interim, you’re paying or receiving alimony, attempting to support your children, and organizing your life around Court Orders entered based on an incomplete record. For that reason, a solid understanding of motions for reconsideration of interlocutory orders is crucial.

Court Rule 4:42-2 provides as follows: “[A]ny order or form of decision which adjudicates fewer than all the claims as to all the parties shall not terminate the action as to any of the claims, and it shall be subject to revision at any time before the entry of final judgment in the sound discretion of the court in the interest of justice.” Under the 1988 Appellate Division case of Johnson v. Cyklop Strapping Corp., the Court’s discretion should be exercised “only for good cause shown and in the service of the ultimate goal of substantial justice[.]”

The New Jersey Supreme Court in Lombardi v. Masso stated, “Plaintiff argues that the judge, in fact, confined himself to the original record; defendants say he did not. Although we are not sure whether the judge cabined off the original record, we need not resolve that conflict because there is nothing in our law that would require him to do so. … We presume that judges ordinarily will not be required to second guess themselves because most attorneys will advance the best case possible the first time around, thus obviating later theoretical or evidential surprises. But where that does not occur, for whatever reason, and the judge later sees or hears something that convinces him that a prior ruling is not consonant with the interests of justice, he is not required to sit idly by and permit injustice to prevail.”

The key consideration is what is should always be an in a Court of Law: justice. Although Court Rule 4:42-2 is expansive, the Appellate Division in Johnson v. Cyklop Strapping Corp. held that the power to reconsider an interlocutory order should be exercised “only for good cause shown and in the service of the ultimate goal of substantial justice.” Nevertheless, as stated by the Appellate Division in the 1983 case of Ford v. Weisman, “has complete power over its interlocutory orders and may revise them when it would be consonant with the interests of justice to do so.”

Do you have additional questions about reconsideration of interlocutory or final orders? Call the DeTommaso Law Group, LLC at (908) 274-3028 or fill out our contact form to schedule an initial consultation!